"Acoustic Turbo Sonic Medium" is an exhibition that brings together three works; a sculpture of a father holding his son's head while vomiting, a site-specific installation that plays in a loop, and an installation made of trestles that are standing but not resting. 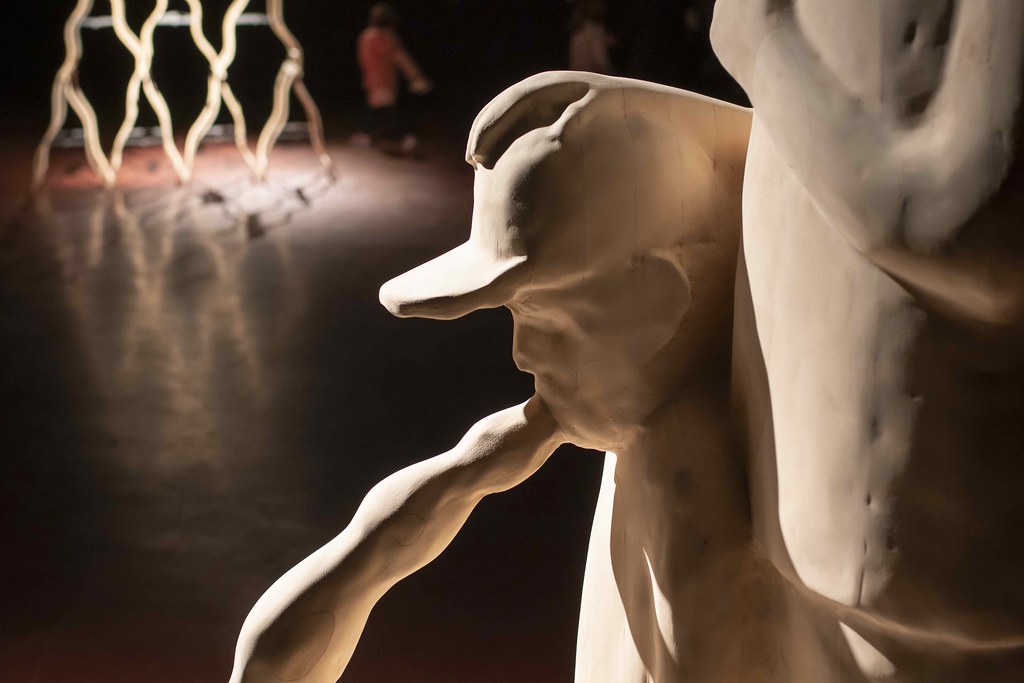