RAW is an interdisciplinary solo performance created upon a written poem by the dancer/choreographer itself. The poem and thereby the performance, speaks about the search of one’s own identity, the suffocation of the soul, the need for space and the rawness of everyday life, while accepting one’s own faults. It is a self-confession of lost perfection and the process of acceptance.

The duration of the performance is 45 minutes. The coversaion with the author follows afterwards.

Ivana Balabanova (1992) is a dancer, choreographer and interdisciplinary artist from Skopje, North Macedonia. Her experience is broad in both the aspects of creation and cultural management. As an artist who courageously explores the possibilities with the team, space, art forms, always creating strong visuals for the audience, sometimes with the act and bodies of the dancers, and sometimes helped by technology.

In June 2019, she performed at the "Festival of choreographers" in Sofia, Bulgaria, in
September 2019 at the "Choreographic Miniatures" in Belgrade, Serbia, and in August 2021 she has been part of a residency program in Barcelona working on a new piece with Alessandro Olla. In august 2021 she performed the piece “Her own space” in Berlin, as one of the 7 artist at “Platform 14” Festival, and in September in Belgrade, Serbia with her piece “The conversation chair”.

She was selected as a participant for a residential program with the British Council in North Macedonia and developed her own “Playable theatre” performance.
She is currently working on the second part of her latest piece RAW which is a replica of her writings about life, and she has performed studio #1 version of the piece at the “Beatrix Dance League Festival” in October.

She is the founder of Beatrix Cultural Center, within which she works with young dancers and continues to contribute to the local dance community. As an innovator in the field, she is the artistic director of many platforms for education and performing, such as: Beatrix Dance League camp and festival (International dance festival), Beatrix Specials (Open dance workshops for the local community), Beatrix Dance Caravan (A caravan intended to decentralize the knowledge in dance from the capital to the periferia), Contemporary - urban choreographic miniatures (A festival for contemporary-street pieces) and many others. 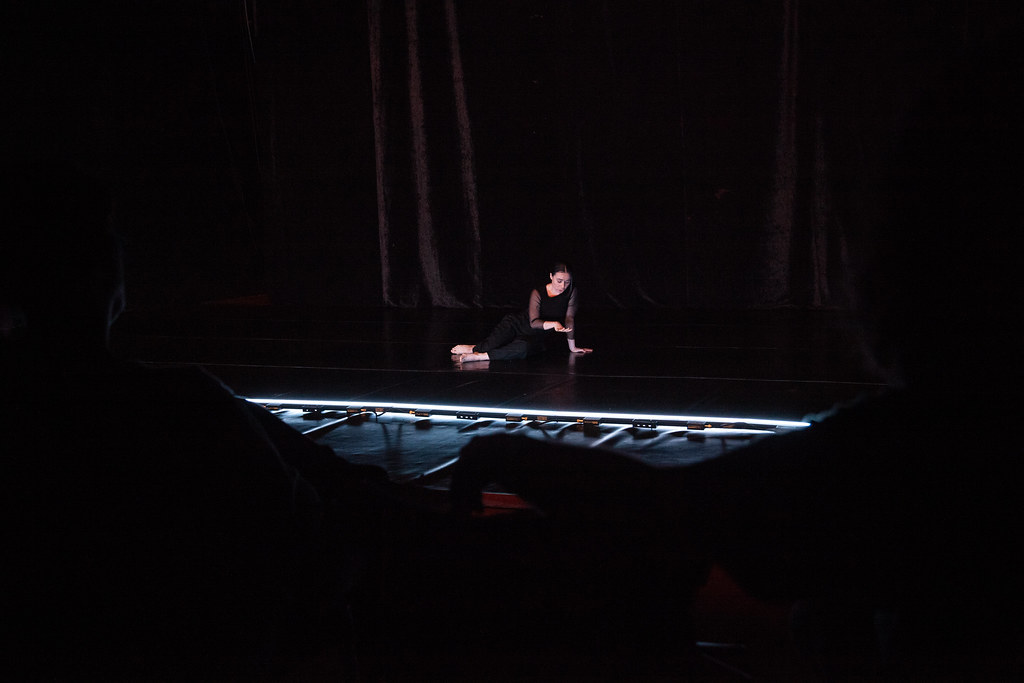