“M 24” is an interactive kinetic installation by Filip Borelli that explores the aesthetics of the universe through the movement of micro particles in water.

The installation is made of 24 sculptures that combine the properties of aesthetics and physics into an interactive experience. Water vortex in the sphere of sculpture, created by the audience’s activity, triggers fluorescent particles exposed to UV light and thus creates clusters looking like small galaxies. Twenty-four kinetic sculptures in the form of transparent spheres, arranged in parallel with one another, represent the enlarged context of the transience of time within a day in the life of a man. Each sphere is a separate universe with its own forms, relations and cycles in the play of creation and destruction. The scientific background behind the work “M 24” lies in the contemporary ideas of understanding time and space, stemming from the discovery of the quantum laws of the universe; like the theory of parallel universes based on string theory. By questioning the relation of the parallelism of the universe, the viewer is placed in the centre of time and space continuum, as the main link between the worlds. The viewer is the initiator of the change that connects universes in the play of creation and destruction. 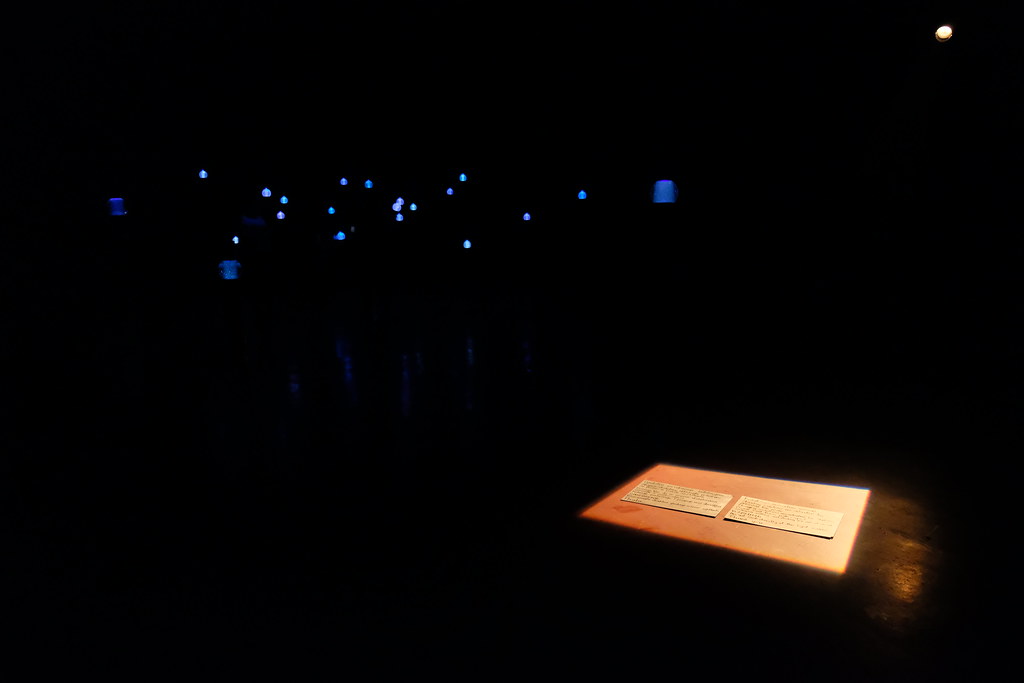