What Matters Is Money - Interactive Training Course for Individual Wealth

What Matters Is Money - Interactive Training Course for Individual Wealth

The project “What Matters is the Money” deals with the relationship between social and material values on the one hand and money on the other.

It does so from the perspective of personal narratives, actual financial flows of money, current permanent financial crisis and ambivalent role of money in the entire social exchange. The project concept refers to the announced banking and financial “revolution“ on the world market and monitors simultaneous financial operations, investments and their consequences in real-time. The project team has collected testimonies about personal experiences with money, regarding money, with investments, acquisition, enriching, inheriting, impoverishing...The project is participatory and open to the public that has participated in creating the “game“ from the very beginning, the same one that will be performed at Jedinstvo in September 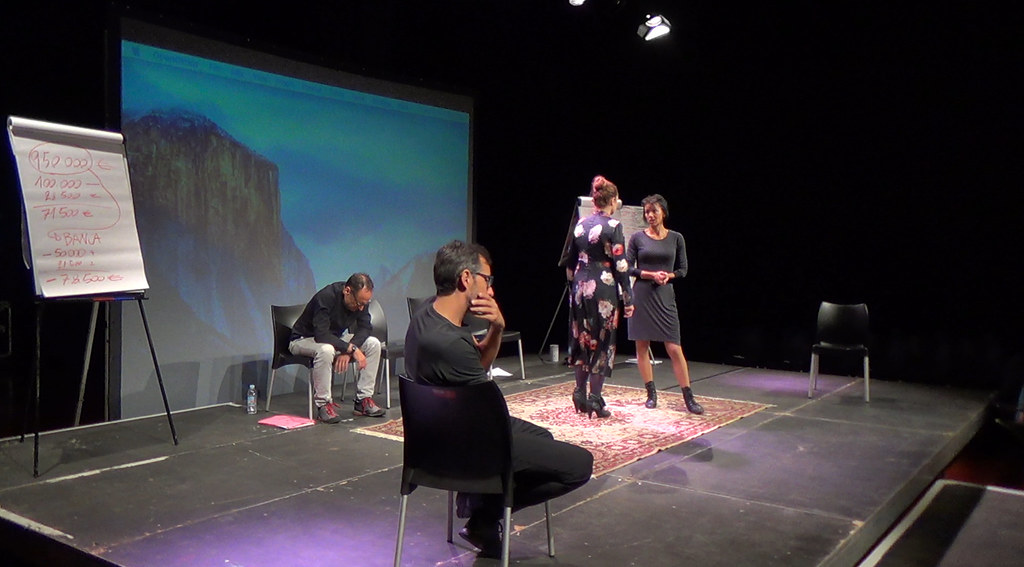 By bringing together three artists, we want to find a way to combine two conflicting premises, namely: for an acrobat, the fall is potentially disastrous, and for a clown, it is the space for creation and connecting with the audience.

Subscribe for Pogon newsletter and get info about our events directly to your mailbox!

No spam, we promise. We send information about schedules and events twice a week. We won't distribute your data to third parties. At any moment you can unsubscribe and stop receiving info from Pogon.