"Gorgo" is a performance exhibition in which the visual artist Lala Raščić, together with the participants, builds a move set in the Pogon hall for the purposes of "Gorgo" film performance.

It is a new work created within the series of works in which the artist, starting with the Eumenides performance, deals with mythical stories as a part of European cultural history. After the work EE-0 in which Lala Raščić performed a new, emancipatory story about the rebellious weaver Arachne, in the film Gorgo she deals with the mythical figure of Medusa who, through the contemporary interpretation of the Greek myth, has become a mere monster. The film is based on the premise that Medusa was reborn after her severed head was reattached to her body, and in Lala Raščić's performance her character wears copper armour. 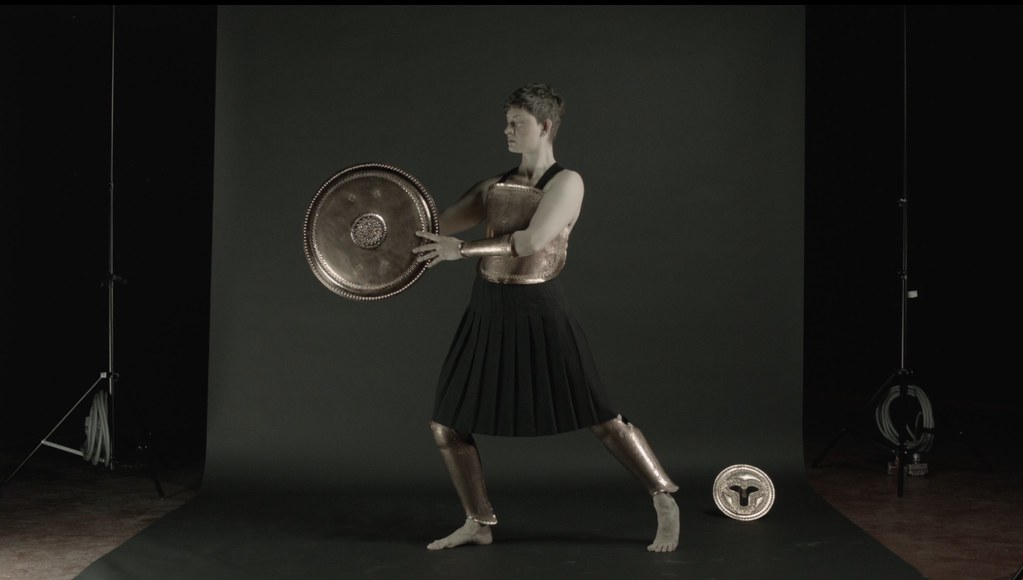